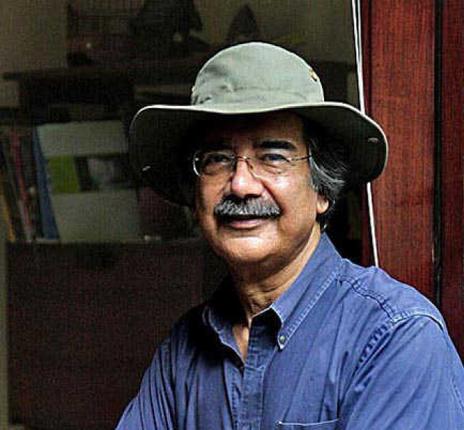 Mike Pandey is an Indian film maker specializing in films about wildlife and the environment. He has won over 300 awards for his work to spread awareness about biodiversity and species conservation. Born in Kenya, the Nairobi National Park, which was at the back of the Pandey household proved a rich source of inspiration for both Mike and his brother Ishwar. Trained and educated in the UK and US the brothers experiences have been wide and varied from training in Hollywood as interns, to Director of special effects and war scenes in films like Razia Sultan, Betaab, Gazab etc. in India. But the call of the wild was strong and Mike’s passion and care for the natural world pulled him back to Indian wildlife. With over three decades of filmmaking experience Mike has produced over 600 films and won scores of awards both national and International. His powerful films are living proof of the difference a film can make in bringing about changes locally, nationally and globally. He is thrice winner of the Wildscreen Panda Award, also known as the Green Oscar: The Last Migration – Wild Elephant Capture in Surguja (1994), Shores of Silence: Whale Sharks in India (2000) and Vanishing Giants (2004). Shores of Silence also won a National Award for Best Film in the “Exploration & Adventure” Category, 2005. The CMS – UNEP Award for Outstanding Achievement In Global Conservation, the Prithvi Ratan or was awarded to Mike at the Vatavaran Film Festival 2003. He was also presented the Award for Cinematic Excellence by Western India’s Cinematographers Association in 2005. He was awarded the V Shantaram Lifetime Achievement Award at MIFF 2012.